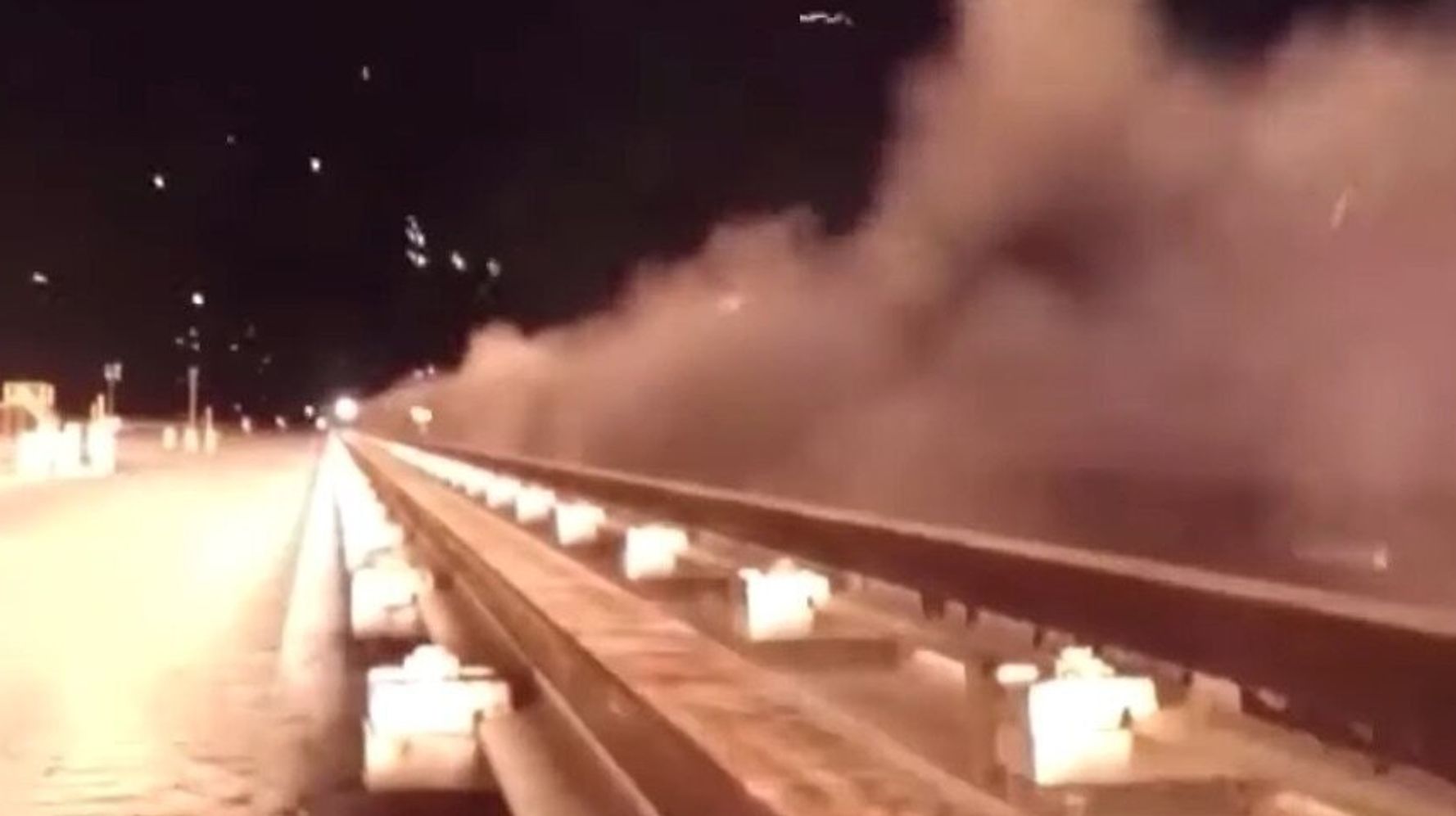 It doesn’t matter if you blink ― you’ll probably miss it.

The U.S. Air Force has shared a test of a hypersonic sled traveling at 6,599 mph. You’ll just have to take their word for it because as the video shows, it’s almost impossible to see the accomplishment, even when the footage is slowed to quarter-speed.

Holloman Air Force Base in New Mexico said last week that the rocket sled launched on its High-Speed Test Track hit Mach 8.6. It did not give a date for the test.