Here’s Exactly Why You Should Never, Ever Try To Drive Through A Flooded Road 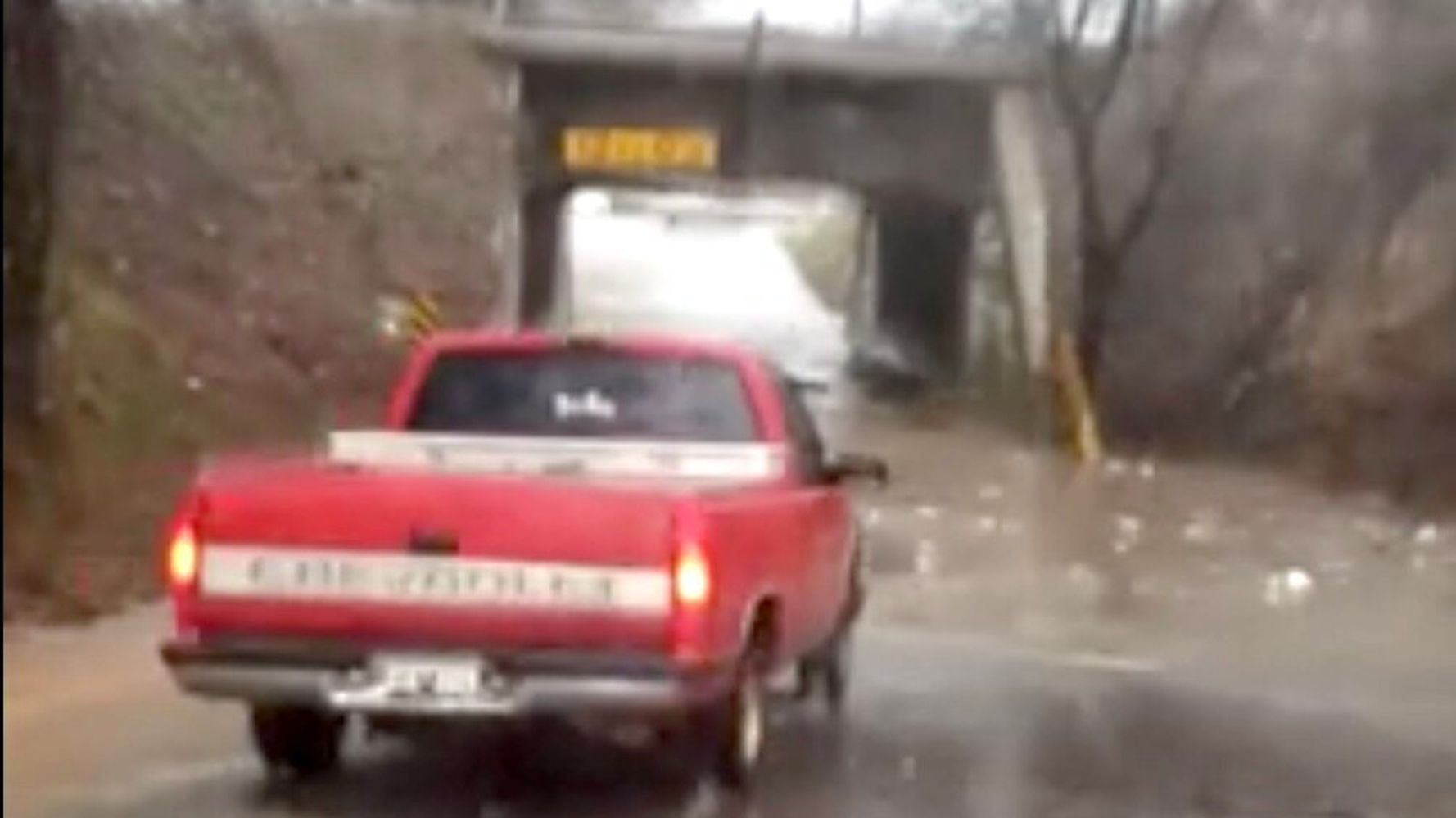 It’s a basic warning given to motorists everywhere: Don’t drive into flooded roads.

A driver in South Carolina learned that lesson the hard way.

Footage from the scene shows a red pickup truck attempting to drive through a clearly flooded underpass.

It didn’t work out.

The unnamed bystander who recorded the footage told video licensor ViralHog that the driver escaped the sinking vehicle via the back window.

Weather officials use the phrase “turn around, don’t drown” for drivers approaching flooded roads as water levels can be deceptive ― and in some cases, vehicles can sink or get swept away.

The National Weather Service says more than half of all flood-related deaths take place in vehicles. The agency said as little as six inches of water could cause loss of control. Cars can float in just one foot of water, while two feet can carry off even many SUVs.

In addition, water damage can total a vehicle by ruining its electrical systems and flooding the engine.

Even if repaired, these vehicles can have problems with mildew, mold and rust, among other issues.