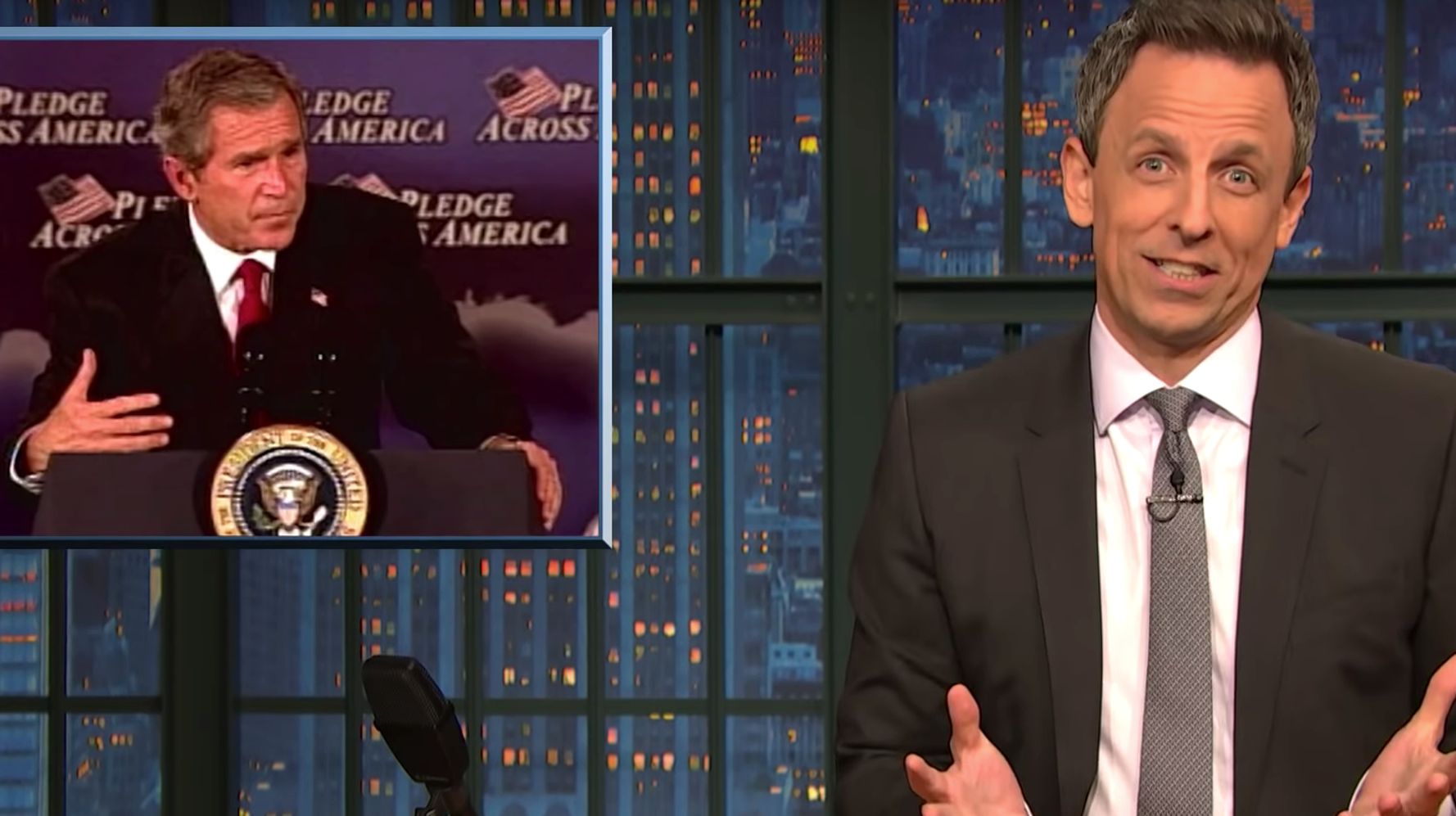 Meyers noted “we’ve been through this before” as he dissected the latest developments in President Donald Trump’s now-paused escalation with Iran and the White House’s shifting explanations for killing top Iranian Gen. Qassem Soleimani that sparked them.

“In the run-up to the Iraq War in 2002 and 2003, the (George W.) Bush administration repeatedly lied about the intelligence they used to justify that war in eerily similar ways,” he said.

They claimed definitively that (former Iraqi President) Saddam Hussein had weapons of mass destruction and that he had ties to the terrorists who carried out 9/11. They manipulated intelligence and concocted all kinds of lies about that intelligence to justify an immoral and catastrophic war that destabilized the region and the world and they were adamant and unequivocal about it.

Meyers recalled one of Bush’s more infamous ramblings about the Iraq War before using a Trump tweet to answer his own question of: “Remember when we thought we could never elect a dumber president than George W. Bush?”

Check out the full clip above.