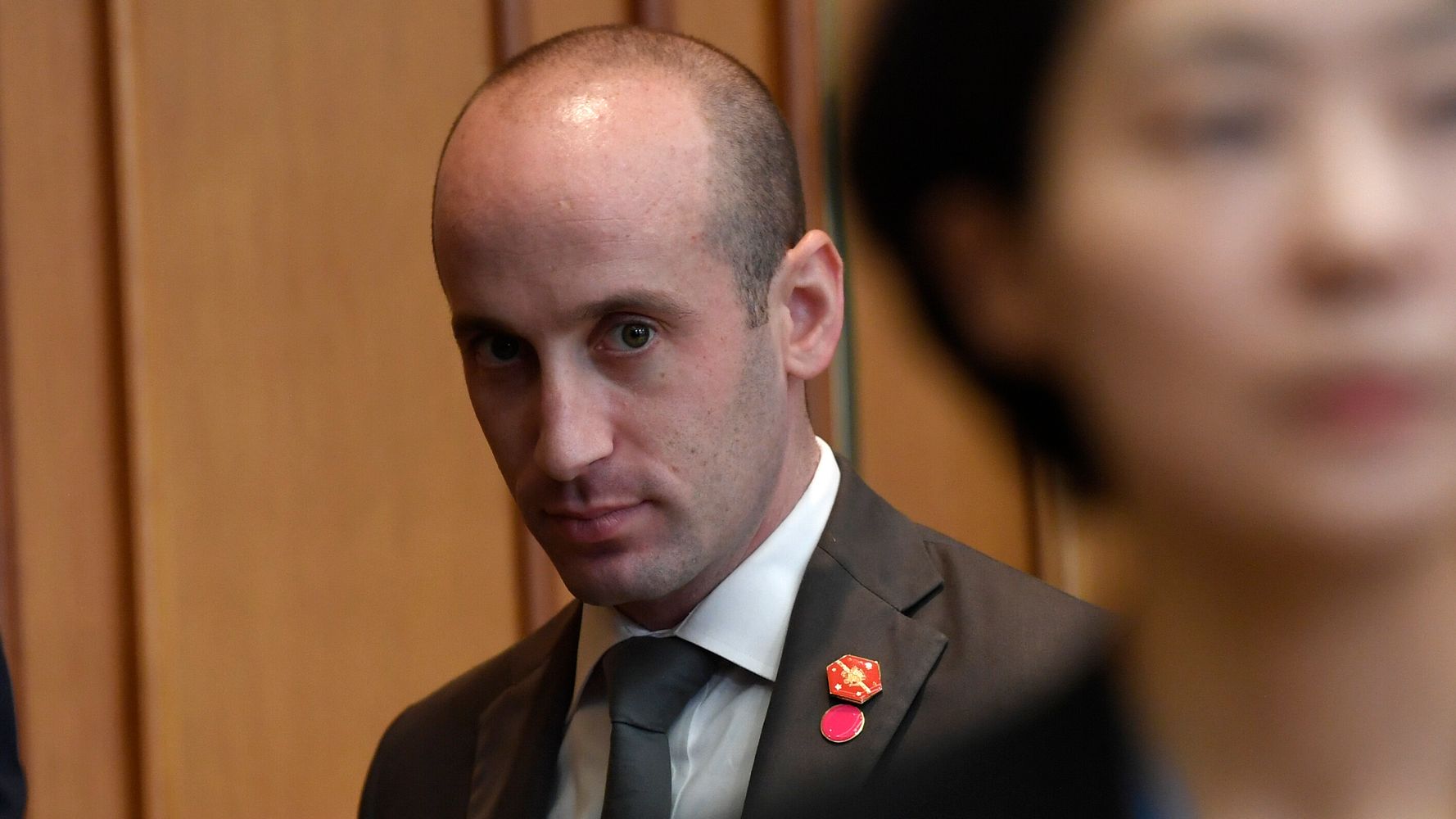 In the emails, obtained by the Southern Poverty Law Center, a nonprofit civil rights advocacy group, Miller attacks fellow Republicans who have supported the program, rooting his criticism in ideas common in white supremacist literature.

Former Florida Gov. Jeb Bush (R) gets a mention in a March 2015 thread on DACA, at a time Bush was considered a front-runner in the presidential race. Miller accused the candidate of wanting to use “immigration to replace existing demographics.”

The mention of demographic “replacement” is a clear reference to racist white supremacist ideology, which claims American culture is being supplanted by nonwhite immigrants.

A sizable ― and growing ― chorus has been calling for the White House to fire Miller over his shockingly racist views. That coalition includes at least 24 U.S. senators, 107 members of the U.S. House, more than 50 major civil rights groups including the NAACP and the Human Rights Campaign, and eight organizations belonging to an initiative called Jews Against White Nationalism.

Miller also attacked former Republican House Majority Leader Eric Cantor in the same thread, apparently over his support for the 14th Amendment, which grants citizenship to anyone born or naturalized in the U.S.

“Demanding DREAMers be given citizenship because they ‘know no other home.’ That principle is an endorsement of perpetual birthright citizenship for the foreign-born,” Miller wrote, referencing those who would be protected by the proposed DREAM Act. “Not only will the U.S.-born children of future illegal immigrants and guest workers be made automatic U.S. citizens, but their foreign-born children will too because, as Cantor said, ‘Our country was founded on the principle.’”

The emails are some of the more than 900 messages Miller sent to editors for far-right outlet Breitbart in 2015 and 2016 seeking to influence the site’s coverage. Former Breitbart editor Katie McHugh leaked the trove to the SPLC late last year.

DACA, which began under former President Barack Obama, shields immigrants brought to the U.S. as children from deportation and provides legal access to jobs and education, provided they meet certain requirements like avoiding criminal charges and reapply every two years.

The Trump administration tried to end the program in September 2017, but was blocked from doing so by federal courts. The issue is now before the Supreme Court, which is expected to make a ruling by June 2020.